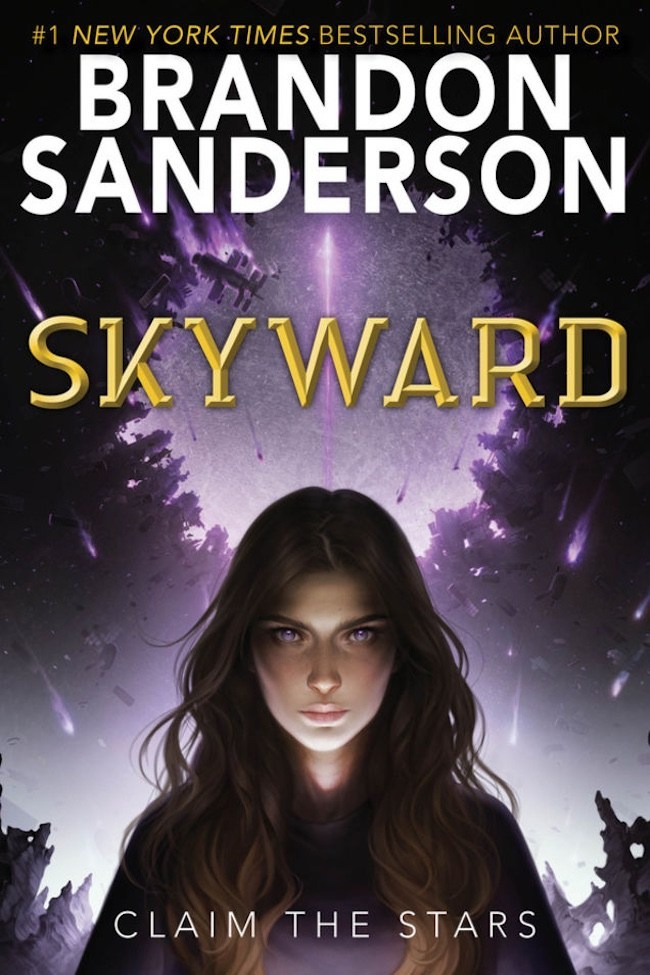 Spensa has known all her life that she wants to be a starfighter pilot for the Defiant Defense Force, protecting her people from the deadly and mysterious aliens called the Krell. She wants nothing more than to be in the sky, proving her courage, and maybe even getting a glimpse of the stars. But her father was a coward who fled from combat, and the Defiant Defense Force is reluctant to let the daughter of a coward join their ranks. Spensa will have to use all her courage, determination, and skill to protect her planet, restore her family’s honor, and maybe, just maybe, turn the tide of the war.

If you asked me to find you an example of everything Young Adult fiction should be, I’d point you to this book. It’s like the heart and soul of YA: a book that balances the coolness and likable characters of middle grade fiction with the high stakes of adult fiction, while also having the particular brand of defiance, and that spark of humor, that makes YA special:

“You watch yourself,” I said, wishing I had something to stand on to bring my eyes on level with his. “When you are broken and mourning your fall from grace, I will consume your shadow in my own, and laugh at your misery.”

This quote brings me to the main reason I loved this book: Spensa herself. She’s a treasure, and one of my favorite protagonists I’ve ever read. She works well with others (most of the time, anyway), tries to protect everyone, and also has a slight tendency to deliver ridiculous threats with a completely straight face. I also appreciated that although she seemed to be developing an interest in one of the other main characters, she didn’t have any romantic subplot in this book. Instead, she focused on staving off the alien invasion, which is what any good main character should do first.

And Spensa isn’t the only lovable character here. From her wise grandmother who tells her stories of great heroes, to the cadet who objects to the current militaristic system of government, to the brave admiral who would do anything to protect the last stronghold of humanity, virtually every character is interesting and sympathetic. Also, a lot of them are female, so that’s doubly cool.

Fair warning though, some characters do die in this book. Their deaths were handled with appropriate gravity, and I found myself missing them for some time afterward. It wasn’t like The Hunger Games, where pretty much everyone dies (that might have been a spoiler in 2011, but I don’t think it counts as a spoiler in 2019), but it still makes the story sadder, and the stakes more real.

Despite the tragedy though, Skyward was (like I mentioned earlier) also a lot of fun. Brandon Sanderson says this is an “A Girl and Her Starfighter” story, in the same vein as the “A Boy and His Dragon” genre. Which it is! Spensa befriends a cool AI starfighter, who is everything you could want an AI starfighter to be. But even before that, the descriptions of the aerial battles in regular starfighters are exhilarating, carefully described and imagined. It’s clear just how much Spensa loves flying, and even with all the dangers fighting aliens entails, it’s easy to feel the excitement too.

I highly recommend that you read Skyward. It’s brilliant.

Very small footnote:
One thing to keep in mind before diving into this wonderful, wonderful story, however: it’s scheduled to be a four book series, and only the first one is out right now. Thankfully this book doesn’t end on a major cliffhanger, but still, waiting for the next one is going to be tough. So if you read Skyward now, be prepared for the frustration of waiting for the sequel!