As I prep for my upcoming bardic storytelling concert coming in October, I’m finding myself drawn to the passions of my young adulthood: the Old Welsh language and poetry and the land of Wales —  and the so-called Dark Ages of Britain. Some of these threads make their way into this show. Expect as well plenty of harp! Harpers appear as soloists, accompanists, band members, and in other surprising ways. You’ll hear harp played by Welsh triple harpist Llio Rhydderch, double strung harp by Laurie Riley, and harp played by Tina Larkin, Stacey Blythe (Ffynnon), Síle Denvir (Líadan), and more. You’ll also hear some Old Welsh language and excerpts of some of the earliest Welsh poems.

Please tune in: Sunday, Sept. 15 at 12noon PST streaming at Voice of Vashon. The second hour will be an encore airing.  The show will also be available on demand for a couple of weeks. 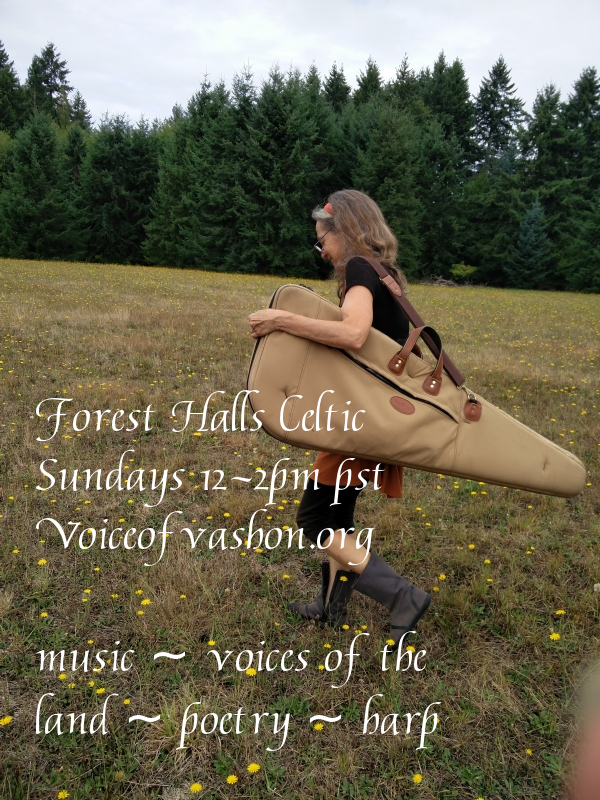