12th century German abbess, composer, physician, author, visionary, and saint and Doctor of the Catholic church, Hildegard von Bingen has a Feast Day today.  This is a lovely opportunity to “feast” on some of her music. Here is a lovely piece, Karitas, beautifully sung by Susan Lincoln.

And you might want to watch this incredible Ted Talk by Dr. Victoria Sweet, The Efficiency of Inefficiency — which speaks of the difference between a modern so-called “efficient” approach to Western medicine vs  the “inefficiency” of approaches like that of Hildegard of Bingen and her medieval premodern medicine, and what the latter has to teach us.

Hildegard von Bingen has blazed into our cultural consciousness as a woman for our times. She is rightly recognized as a powerful woman, one who, upon following the dictates of God, declaimed her visions and gave council to the most influential individuals of her patriarchal time and place – including communicating with the pope.

A woman of many abilities, Hildegard herself is an expression of the medieval cosmology from which she operated and created. The idea is that the fundamental elements of Creation pattern not only the macrocosm but weave throughout nature and express themselves within our own bodies and minds: as above, so below – and within. In addition to her strength of leadership, Hildegard was equally at home in contemplating the spiritual nature of all thing, as well as working with the medicinal herbs and in the infirmary.

Hildegard crafted unique luminous chant for her nuns and herself to sing in devotion, music which captures many appreciative ears and yearning souls today. As an infirmarian, Hildegard also got down and dirty attending to the many ailments from which folk associated with a monastery (cloistered and lay people alike) could suffer. She even wrote a healing manual, Causae et Curae – “Causes and Cures” — covering the philosophical causes of disease and their very practical treatments. 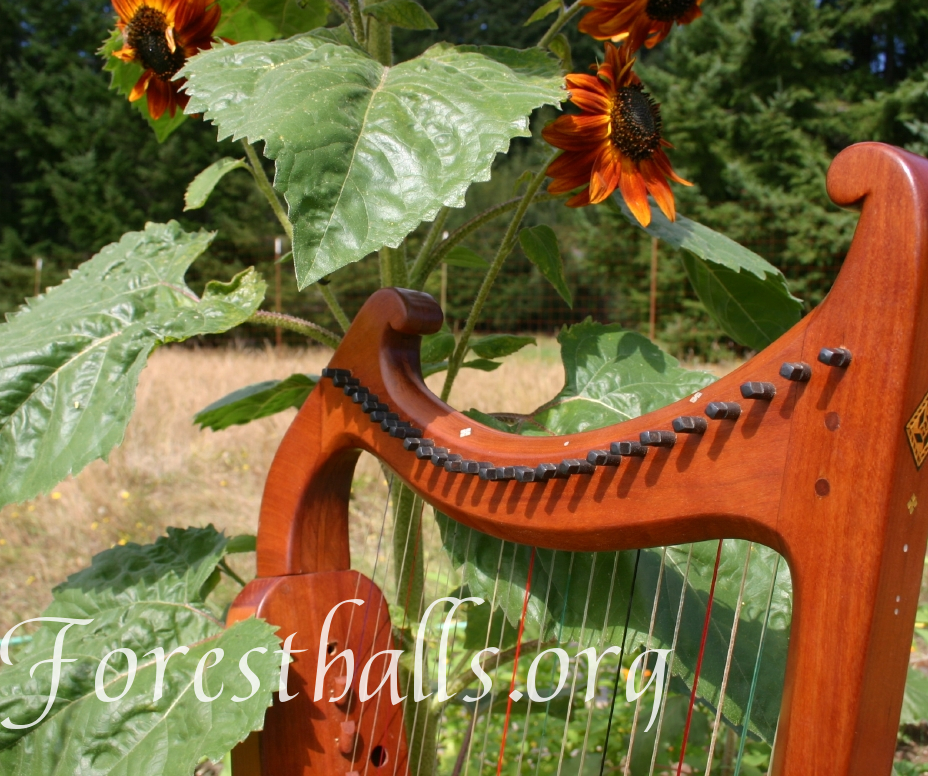 The belief, one which Hildegard herself perpetuated, that Hildegard lived entirely cloistered in a walled cell of a monastery for years “as if dead,” and never setting foot outside, may be a “trope” — an expected storyline for a visionary woman to possess to be viewed as an acceptable voice in her times.

Her detailed description and treatments for men’s issues as well as women’s, and frank and practical knowledge about many matters of the heart, physical bodies of men and women, and myriad ailments of the time all belie the commonly held notion that the young adult Hildegard lived completely removed from the affairs of monks and common folk around her.

If she started out completely walled in, this situation likely shifted when her anchorite and mentor, Jutta von Spongheim, began attracting more girls and women to their hermitage. Hildegard seems to have been the one tagged to learn medicine, perhaps initially to support Jutta, whose practice of severe ascetism included self-flagellation. In her apprenticeship Hildegard likely served as assistant to the monastery physician. Contrary to Jutta’s extreme practices, Hildegard espoused moderation.

In her practice of medicine, as was the practice of physicians of the time, Hildegard regarded the human body as being made up of a balance of four qualities — hot, cold, moist, and dry — which mixed and mapped the four elements of nature – Fire, Air, Water, and Earth.   The four elements in the nature express into what were called the humors in the body.  These humors, of which there were four, are physical fluids referred to as blood, phlegm, yellow bile, and melancholy.  (sanguis, flegma, red coler, black coler). A fifth substance, viriditas – the greening, procreative agent of creation as physically manifested in the sap of plants – was also part of her cosmology and lens by which she viewed her patients.

By noting how an ailment was hot, cold, moist or dry, where in the body it manifested, and the constitution of the patient, Hildegard would choose treatments involving plants and other natural substances to counterbalance the ailment. She would also prescribe lifestyle changes and rest, allowing time for healing to occur – sensible protocol for folk in any time period.

In the lyrics of her chant and the expression of her melody, Hildegard engaged with these very elements and aspects of nature, voicing their spiritual dimension – how they, and all things are expressions of the Divine as manifest in our world. Her chant celebrated Mary, women, and the earth as powerful and beautiful, and not only worthy of respect but rightly serving as role models for proper devotional living.

From soaring, illuminated chant to mortar-and-pestle remedies and protocols for individual sufferers, Hildegard herself embodies the expanse of heaven and earth. That is what the two events, the Sing in the Garden workshop on Sat. Sept. 28, and Hildegard’s Music concert on Sunday, October 6, 3pm, will celebrate. Please join us!